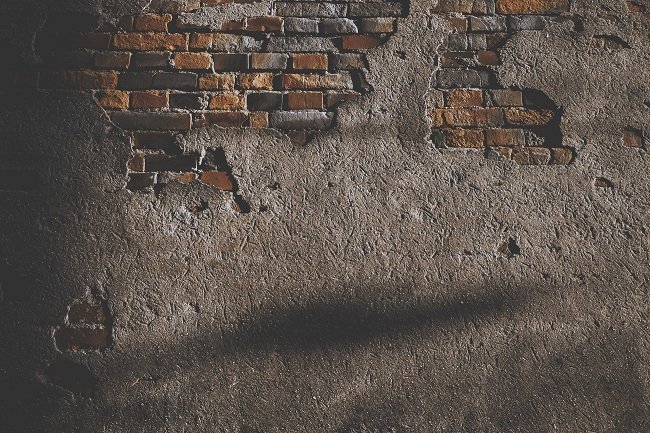 The wall is a basic foundation of architecture, but it also functions as the background for art installations, defense systems, fortifications, reinforcements, design, and more. Check out these 10 famous walls below!

Although not a wall in the traditional sense, the Market Theater Gum Wall in Seattle is one of the most well-known walls in America. It’s located underneath Pike Place Market, a prominent tourist attraction, and features innumerable pieces of gum stuck to the walls and windows of the buildings. The gum has been removed three times over the nearly thirty years that the tradition has been kept. It’s certainly a famous wall in the U.S., a country that generally lacks walls.

The Great Wall of Gorgan is also known as the Red Snake due to the color of the bricks used to construct it. It can be found in northern Iran and was initially built about 1500 years ago to prevent invaders from attacking. It stretches from the Caspian Sea and ends near Pishkamar; the total length is about 121 miles, while its width is about 30 feet. There are fortresses situated every so often, as well.

The wall was constructed with mud-brick, fired brick, mortar, and gypsum.

Located in present-day Iraq, the Walls of Babylon were reconstructed slightly in 1993. The Babylonians were known for their defensive structures, which were considered impenetrable; in fact, it’s said that chariot races were carried out on the walls. They are extremely old and gave protection to the famous city-state of Babylon. Interestingly, the walls have impressions of creatures on them. Inside, the walls enclosed almost 200 miles, and the famous Ishtar Gate fronted them. In the old world, the fortification may have been the most famous wall known to civilization.

Sacsayhuamán, meaning falcon or hawk, is a citadel wall located in Peru. The city of Cusco was laid out in the shape of a puma, and Sacsayhuamán was meant to be the head. The construction of the walls has been revered for hundreds of years, as they fit so close together that you cannot fit anything in between the stones. They were constructed without mortar, which is known as drystack or dry stone. The complex contains 3 walls, the longest of which runs about 1300 miles.

Hadrian’s Wall is in Northern England, but it was actually constructed by the Romans when their empire stretched that far to the north. It essentially ran from the Irish Sea to the North Sea, covering a little more than 70 miles of land. Much of the wall was destroyed, removed, or quarried in the centuries after it was built, however, and preservation efforts were relatively recent. It was named after the Roman Emperor Hadrian. Interestingly, some sections were made of turf and timber, but had to be reconstructed due to damage or instability.

The Walls of Ston are a series of walls stretching about 3.5  miles to protect the city of Ston in Croatia. The walls were constructed in the 14th century to help protect the city against the Ottoman Empire, and many fortresses are situated near them. It boasts the title of the longest preserved fortification system in Europe. Some of the limestone walls were demolished, taking away from the original 7-mile stretch, but preservation efforts kept most of them intact.

The Great Wall of China

What list of walls would be respectable without mentioning what is perhaps the most famous wall in the world? The Great Wall of China stretches thousands of miles in northern China, ending on the Pacific Ocean, bordering North Korea. The wall was built over centuries to prevent nomads, advancing armies, and other invaders from attacking China. One of the most impressive points is the length of the wall: its official measurement surpasses 13,000 miles!

The wall is primarily made of brick and stone, but there are some sections that are constructed from mud. The fact that it has been standing for more millennia is a testimony to the strength of the materials and the accuracy of the workmanship.

The Vietnam Veterans Memorial is not exactly a wall meant to prevent invaders from attacking a city. Instead, there are two sections of wall that start at 8 inches and eventually rise to 10 feet, coming together in an obtuse V-shape. The black granite walls are etched with more than 58,000 names of veterans who died during the Vietnam War. It’s located in Washington, D.C., near other memorials and historic locations, such as the Lincoln Memorial, the National Mall, and the Washington Monument.

The Berlin Wall was erected in Berlin, Germany, to prevent citizens from fleeing from East Berlin to West Berlin, the latter of which was occupied by American, French, and British militaries. It was constructed in 1961 and stood until 1989, at which point the gates were opened and citizens were allowed to cross the border. The concrete wall is now filled with graffiti on the sections that remain, but some parts bear galleries and images. The majority of this famous wall was demolished from 1990 through 1994.

The Western Wall, also known as the Wailing Wall, can be found in Jerusalem. The large wall initially surrounded the Temple Mount, which housed the First and Second Temples of Jerusalem. The wall was destroyed in two separate attacks about 600 years apart, and all that remains is what is present today. However, different groups have added material to the wall, leading to a unique form of masonry – many stones can be distinguished as coming from different time periods, for example.

The limestone wall stretches 1,600 feet and is about 60 feet high. About half of the height can be found underground, which adds support. There are thousands of visitors who visit the wall each day.

Although you may not be looking to construct a fortification that stretches miles around a city, you could still be looking to build a wall around your property, or even simply around your garden. Sturdiness is still important, but you don’t have to worry as much about invading militias. At Stackwall, we focus on stability and art, and our walls are sure to make your vision come to life. You can pick out a design today and get started. Call Stackwall for more information, and take some inspiration from this list!